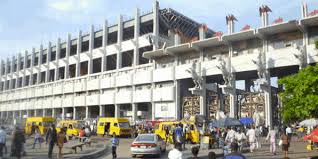 By Ngozi Onyeakusi—– The Federal Government has affirmed its resolve to commence the process for the concession of four federal assets.

According to BPE, later this month it would hold an investors’ webinar to showcase investment opportunities in the assets. “The Bureau of Public Enterprises will hold an international investors’ webinar to showcase investment opportunities in four enterprises slated for concession on Tuesday, February 23, 2021. “The event will hold at 10am,” BPE stated in a statement issued in Abuja by its spokesperson, Amina Othman. The statement was titled ‘BPE holds investors webinar On four concession opportunities February 23, 2021’. It said the webinar was in line with the new mandate of the bureau as contained in a new Federal Government circular. It said the circular gave the bureau the responsibility for the concession of public enterprises and infrastructure already listed in the first and second schedules of the Public Enterprises Act.