Suicide Is Not A Crime But A Health Condition, Experts Warn

By NGOZI ONYEAKUSI— Following the popular laws in some parts of the world that made suicide a crime, health experts have embarked on aggressive reorientation aimed at changing the narative.

Consequently, Health Writers Association of Nigeria (HEWAN), in collaboration with the Retreat Healthcare and the Nous Foundation Nigeria, Friday held a virsual training organized to instill in the media need for responsible reporting of suicide, aimed at combating the health condition which is before now seen as a crime.

Experts at the training who believed in the veritable role the media can play in preventing incessant cases of suicide noted that the media should adopt the approach of reflecting ‘suicide as an illness which is humane, modern and evidence-based approach to suicide reporting.
They noted that media reports devoid of sensationalism can go a long way in suicide prevention.
Speaking on the topic “Why Suicide Should Be Seen As A Mental Health Issue”, the former Permanent Secretary, Lagos State Ministry of Health, Dr Olufemi Olugbile, warned that glamourisation of suicide in the media might lead to copycat suicidal behaviours.

He pointed out that social media bullying and modeling, as well as availability of information concerning ways of carrying out the act might increase the likelihood of suicide.

Observing that about 800, 000 suicides happened globally yearly while the suicide rate in Nigeria is at 6.9 per 100, 000 population yearly ,Olugbile, who is also a Consultant Psychiatrist, urged the media to desist from reporting suicide from the sensational criminal incident attitude. “Rather, the media should adopt the approach of reflecting ‘suicide as an illness which is humane, modern and evidence-based approach to suicide reporting” ‘he said.

Also speaking on the topic “The Responsible Suicide Reporting (RSR): The Social And Legal Implications,” the Executive of Nous Foundation Nigeria, Lade Olugbemi, said “There’s a need for Nigeria to have a national suicide prevention strategy as directed by the World Health Organisation (WHO), pointing out that in Section 327 of the Criminal Code Act, suicide is a crime in Nigeria, punishable by one-year imprisonment for a failed suicide attempt.”

She regretted that Nigeria’s law on suicide is a legacy of old laws from the era of British colonization, noting that similar provisions in other African countries criminalize, instead of decriminalizing suicide attempts.

Olugbemi also bemoaned the manner of reporting suicide by the news media, stating that the media is a risk factor in the way and manner they report on suicide.

She however , told journalists to be cautious in the use of language when reporting on the subject and urged them to be more aware of critical risk factors like levels of stigmatization, copycat effects, harmful speculation, sensationalism etc. 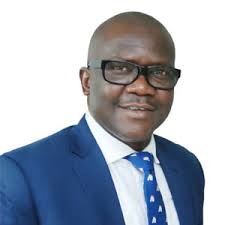 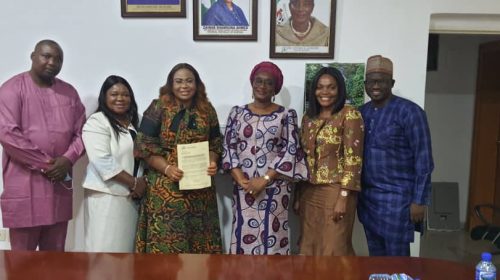